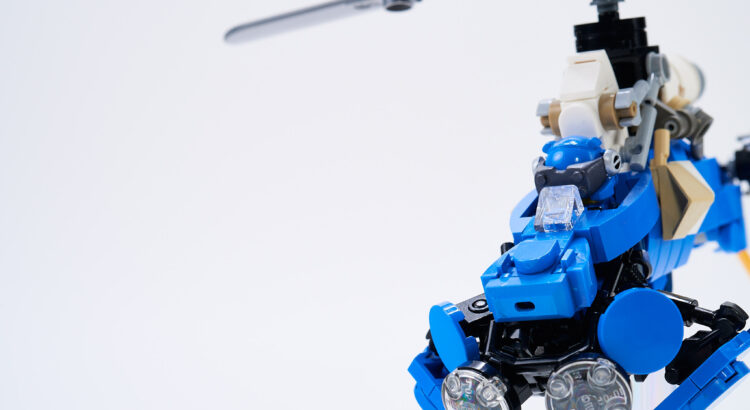 Back in 2010 I was heavily impressed by the Igarashi Design Heli – that much that I had to build a version out of bricks.

That model seemed to be the most viewed of all my concept models up to date.

Now, 11 years later, with new parts available, I made a new version. Originally I just wanted to rework the first version, but the structural integrity was far from stable, therefore it resulted in a completely new build.