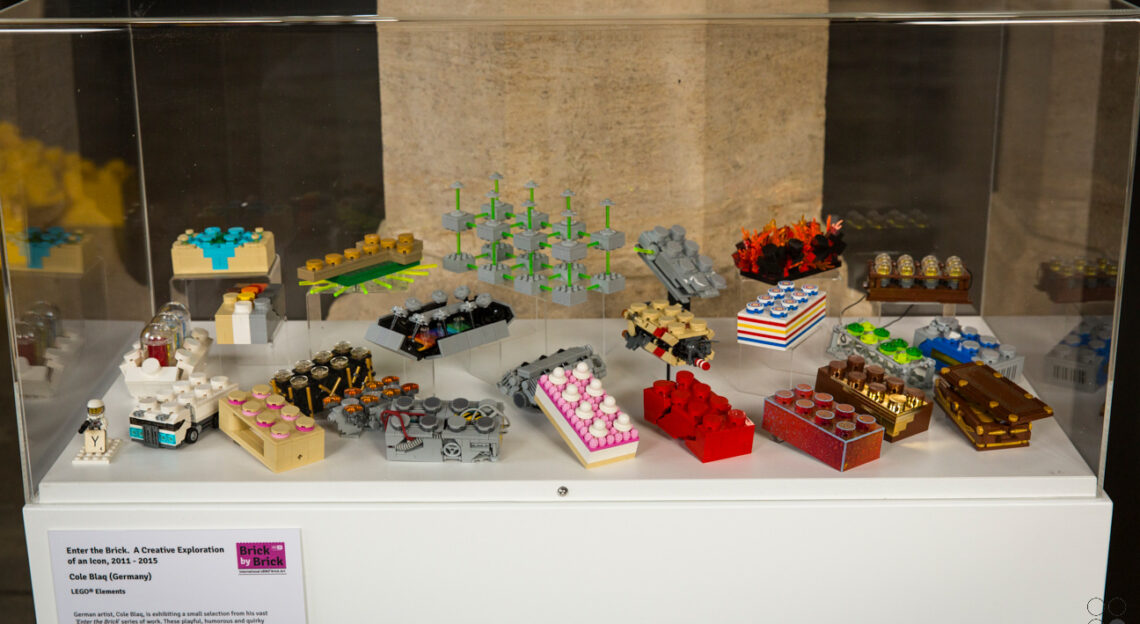 – Visual studies and explorations of an icon –

Interpretations of the classical 2×4 shaped brick.

The basic 2×4 is the foundation brick for all other following interlocking parts used in the displayed creations. This implementation is further emphasized by the self-referential image of the brick. Despite or even because of the subject limitation, imitation and recreation there is a space from which creativity and ideas unfold in limitless variations. The series cherish the old school foundation with new school elements and border-crossing techniques, forming an interlocking body of work.

The shape of single elements as well as printed tiles can be a starting point. The shape and geometry of the basic 2×4 brick has a heavy influence, which can be summed up as the matrix of the brick. Of course specific ideas and associations also form a major source of inspiration, ranging from simple to complex concepts. The titles offer a doorway to the single works, although there is often more than one way to interpret each brick.

Additionally staged photography and techniques beyond the medium brick echo and extend the meta level of the series. As photographies are equally important than the depicted artwork any kind of digital processing might be applied. This includes also virtual interpretations of the brick. Especially since one can introduce impossible (in terms of real available bricks and techniques) but digitally realistic visions this option is attractive. The created image is the final result, the methods to get there versatile. 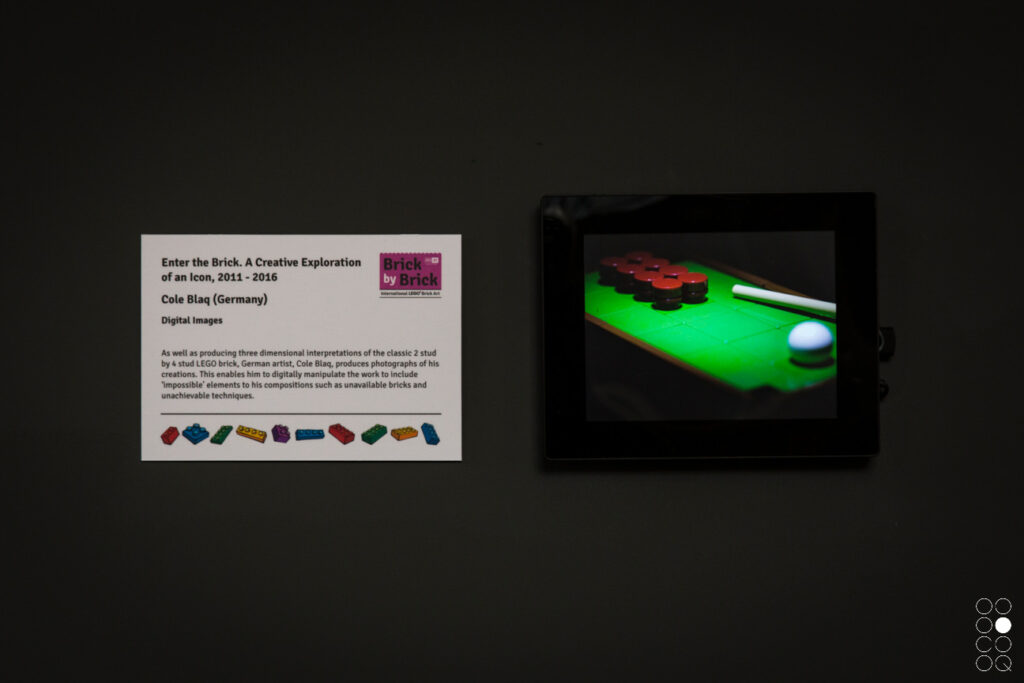 The basic system starts with a pattern of 2×4 with a relation to 3. The matrix of the studs of the brick is exponential. 1 brick has 2 times 4 studs, which sum up a total of 8. By doubling the brick the next number is 16 and so forth. Thus the system is based upon the most basic exponential form, similar to the chess field pattern and looks like 2-4-8-16-32-64- etc. The number 8 has a special value, just like the octave in music. However the system can be altered, and that’s the part when it gets really interesting, when adding the underside of the hardcode symmetry. The number 3 is the counterpart and finds it’s equivalent in the three hollow tubes in the underside, which divide and hold the upper pattern. This relation is the doorway out of the box, it offers variations and possibilities to overcome the limitations of the superficial hardcore symmetry – yet balance remains a cornerstone.

Any brick since February 2016 can be found here, previous images can be found at the lower Gallery, which is embedded from Flickr and will eventually be fully migrated when all bricks have been re-installed.