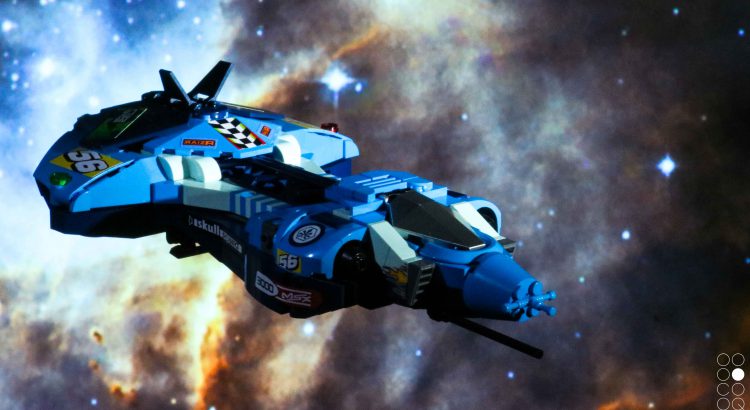 This time with a racing ship, competing at the Asteroid Belt Super Nova Race at Tau Ceti.

Including the D-Town wire action shots. 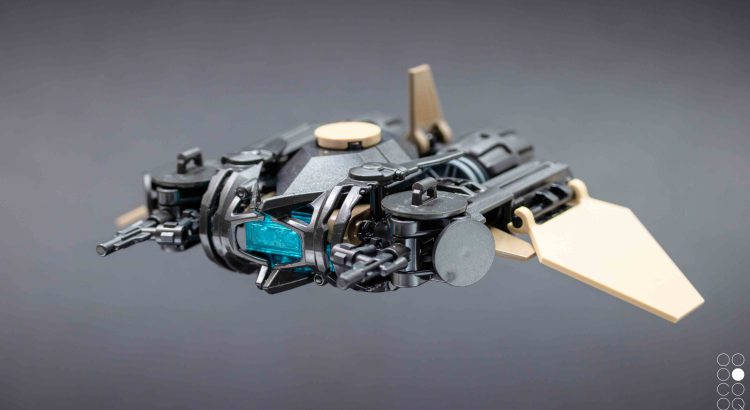 Travelling the edges of Titanium back at the metallic rims.

As part of the Titan Series 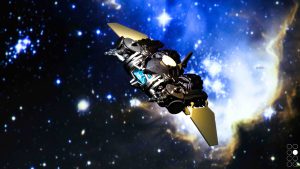 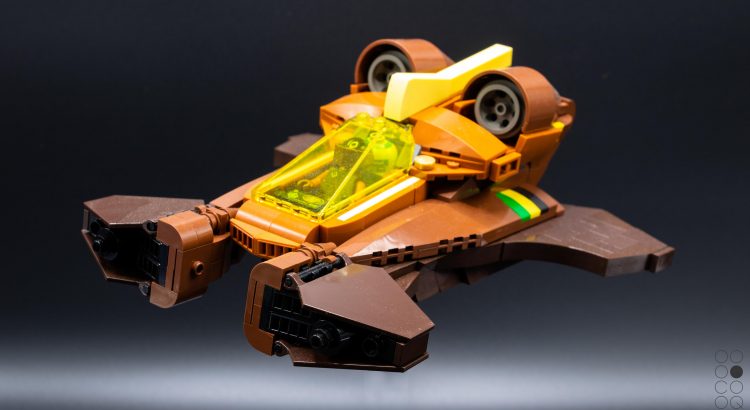 Due to the positive resonance, presenting the newest creation from Hudson Cosmic Engineering, the 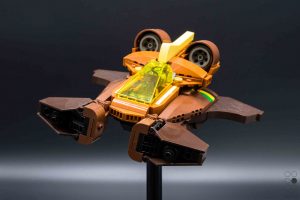 In honour of shining star Nnenn and the annual NoVVember come-together.

Retro 80s sci-fi with a dash of Syd Mead. 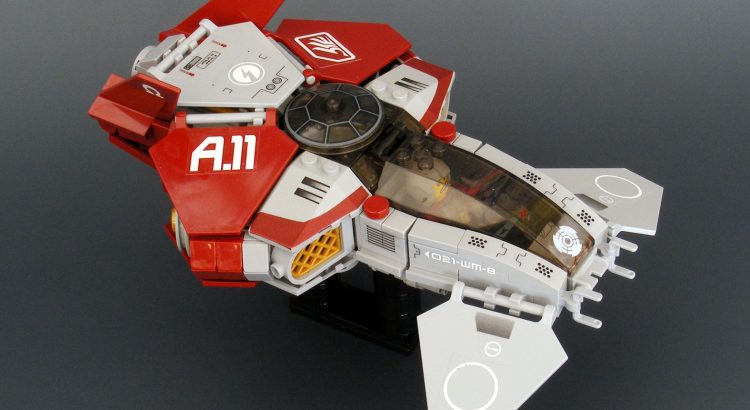 Some time ago I made a spaceship for a blind-pass-along-game. That was a great opportunity to dwell into the depths of deep space reconnaissance. 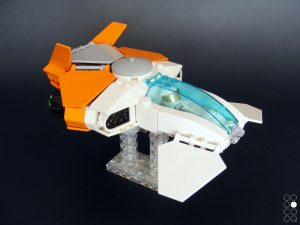 That was the first version. Later I made another version, featuring a different colour scheme alongside some minor tweaks. 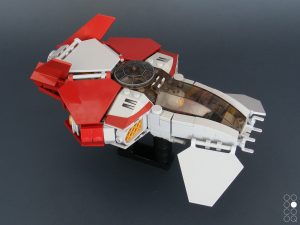 In addition I gave this version a sticker job with various decals. 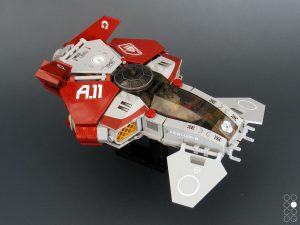 Due to the increasing popularity I made another version with a custom paint job, meaning that I painted several elements. 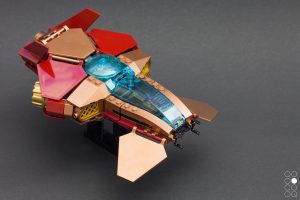 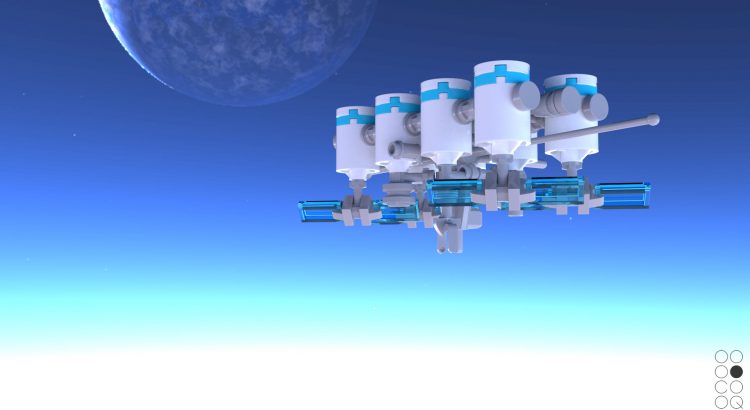 Floating through space and time, searching for connections… 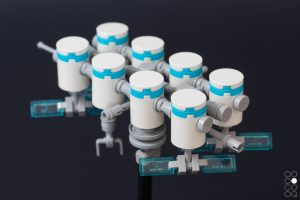 Including rendered versions (credits to Mecabricks and blender) 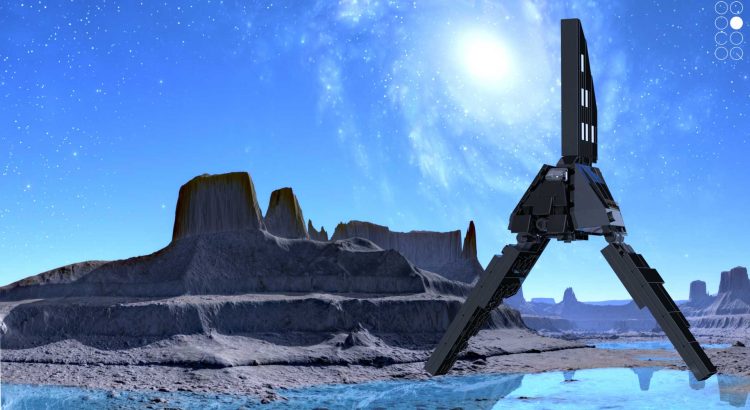 These Star Wars models from the Freemaker Adventures and Rogue One were commissioned exclusively by Blocks magazine and have been showcased in issue 22 & 27 in 2016. The Freemaker ships have also been featured at The Brothers Brick.

There are digital versions of the Eclipse [micro] and the Scavenger [micro] available.

Disclaimer: The Star Wars models are my interpretations. Copyright of the original source material of course owned by Disney and Lukas Films. 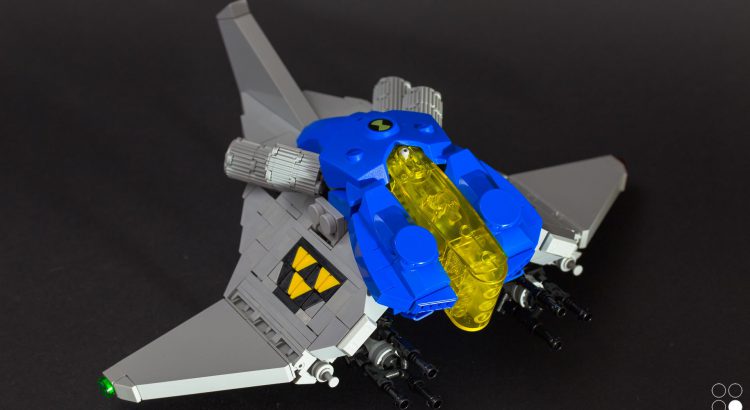 Spaceships are an interesting subject. They are rooted in the known world, consisting of elements from real life space excursions like thrusters, wings, a cockpit and such. Beyond this boilerplate the imagination can go wild as while the mind is in space anything can be imagined and turned into the vibe of space traveling. Especially otherworldly imaginary defies our conditioned perception.

For me spaceships have the above described potential, ranging from model building to abstract art. This indefinite shift makes this genre so interesting. On a pragmatic level building spaceships also flex the brick muscles.

When building something new or even in a classical genre I mostly try to adapt at least one twist, like incorporating special parts, applying a distinct paint job, conversing a certain style or design, including a trick like hidden mechanics or expressing some kind of statement. Sometimes I even manage a blend some of them into one creation.

There is a fixed design in the Lego world called NCS – ‘Neo Classic Space‘ – with the set colours light grey and blue around a transparent yellow cockpit section; alongside small bits of black and a yellow-black-yellow striped flag as marking. The NCS design is adapted from the first range of space sets released by Lego in the late eighties. This group of space explorers can be described as neutral. Short after there were different factions invented by Lego. The second wave of Classic Space included a bad guys faction which shifted the classic space guys to ‘good’ respectively. The bad boys faction was called ‘Blacktron‘. Their faction colours were black with transparent yellow cockpits and their marking consisted also of yellow and black, but the design was different. Blacktron used three downwarded yellow triangles forming a larger triangle on black ground instead.

The pre-story is necessary for understanding the hidden dialogue in this build if you are not accustomed with the Lego space themes. The abbreviation NCBS stands for ‘Neo Classic Blacktron Space’ and the Spaceship’s name ‘High Jack’ should be obvious. 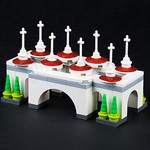 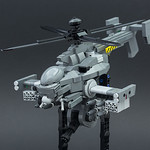 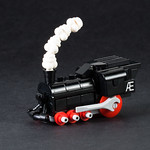 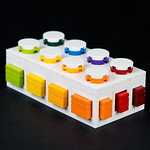 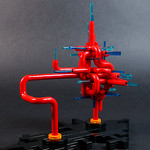 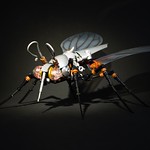