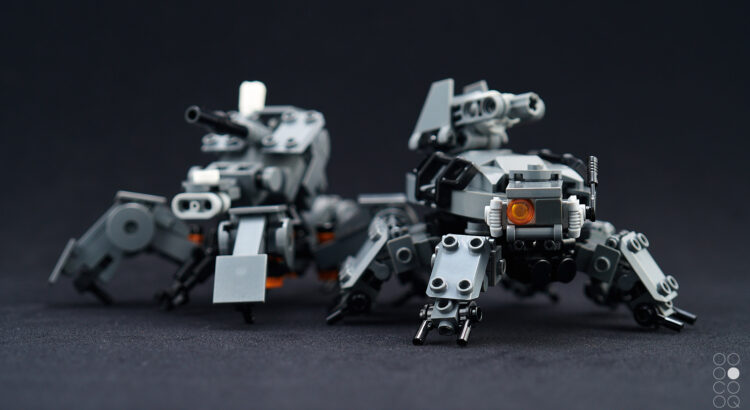 Marchi’koma is a great possibility to flex one’s building muscles with GitS inspired robots. Since this is right up my alley, I churned out a few models.

A small robot with character with minimum parts in company of a anime-styled minifigure is ‘Tiny T’.

Two robots drawing inspiration from a spider and a crab, ‘Pain + Killer’, feature a heavy utilitarian and military look. Initially they were designed for a commission, but turned out a tad too large.

The largest in this run is the ‘Old V.I.C.’, a mixture of victorian steampunk, robot tech and microscale with a dash of Howl’s moving castle. The frame is based upon the same one as the D.A.Z. FS359i. This fella will probably be part of a larger diorama I am working on for ages.

Belief has many forms. Some believe in brands, others in a manifest. All three large religions – muslims, jews and christians – have the same origin and share similar values. Even more the categoric imperative is an integral part of every religion. The fundamentals who kill in the name of their god abuse religion for their personal mordlust. True believers are liberal, they are open-minded and don’t force their opinion upon others. May creativity and art unite!

Another addition to the Enter the Brick series.

Since living in Dusseldorf making a microscale version of the landmarks of Dusseldorf had to come sooner or later. 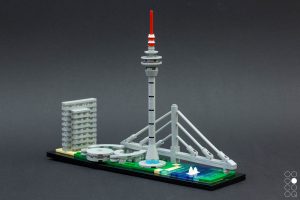